A distribution is the process by which a fund returns capital to its investors.
This is some text inside of a div block. 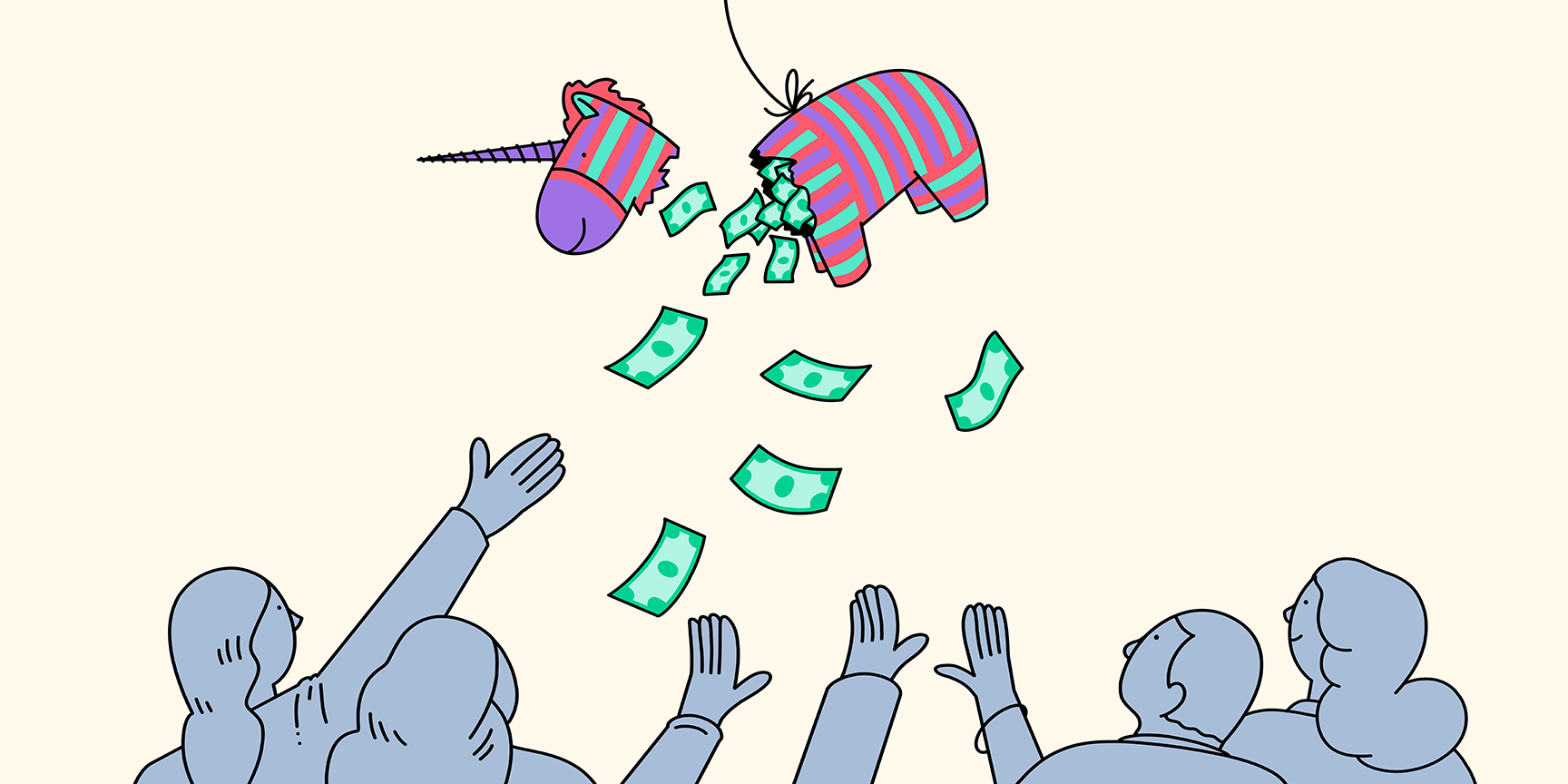 Investors want to know when and how they’ll see returns if a deal pans out.

But in VC, returning capital to investors can get pretty complex. The process of distributing returns often varies from fund-to-fund based on a variety of terms agreed upon by the fund manager and the fund’s investors.

In this article, we’ll provide an overview of how fund distributions work, as well as the various terms that can affect it.

What is a Fund Distribution?

Fund distributions are the transfer of cash or securities from a venture capital fund to its investors. This can be a return of capital or a share of profits the investors are entitled to.

For investors in a venture capital fund, distributions often arrive in the form of a check or wire transfer after the VC fund “exits” its ownership position in one of the companies in the fund’s portfolio. This is called a “liquidity event” because the fund now has capital on hand to distribute to investors—though some funds wait to close all positions before sending checks to investors.

When, how, and how much of that capital the fund will share with its investors is spelled out in the fund’s operating agreement. These agreements detail things like:

The remainder of this article will address how funds may structure these terms.

When do Fund Distributions Occur?

The timing of fund distributions varies from fund-to-fund.

For some funds, distributions happen following each individual liquidity event. In this case, a fund sells its shares in the company and then distributes those returns to investors.

Other funds might wait to exit all positions (i.e. sell shares of all portfolio companies) before sending any distributions to investors. That means some investors might wait up to 10 years or longer to see distributions, given it takes most startups 7-10 years to see a liquidity event (if they see liquidity at all).

Still others attempt to offer their LPs more predictability with a specific timeline for when distributions occur. For instance, a fund might distribute returns once a year to LPs (if applicable).

Note that it can also take several weeks to several months to finalize a fund distribution, as these events require coordination between the fund and/or its agents (legal counsel, paying agent, brokers, etc.).

How do Funds Divide Returns Among Investors?

In most funds, distributions are divided using a standard 80-and-20 arrangement in which, following a return of capital contributions to LPs, the LPs of the fund split 80% of the returns according to their ownership stake in the fund and the general partner (GP) takes home 20% of the returns in the form of carried interest.

The order in which investors in a venture fund get paid as returns are generated is known as the “distribution waterfall.”

You can think of a distribution waterfall as a hierarchy through which distributions “trickle down” down through a series of tiers. Once one tier’s allocation requirements are satisfied, the returns continue to cascade down through the subsequent tiers.

This structure helps ensure the interests of the fund’s LPs and GP(s) align.

Though tiers may be customized, there are typically four tiers involved in a distribution waterfall schedule:

The distribution waterfall structure typically depends on whether the fund pays carry deal-by-deal or across the whole fund.

In a European waterfall structure, a bad early investment will need to be made up for by more positive outcomes before the GP can start to see any returns. In an American waterfall, the GP can see returns on any one single investment if it passes the hurdle rate, even if other investments are doing poorly.

The structure of the distribution waterfall is agreed upon by LPs and GPs in the fund’s governing documents.

Also sometimes referred to as the “preferred rate of return,” “hurdle rate,” or “carry hurdle,” this is the return amount a distribution must meet at Tier 2 of a distribution waterfall before the fund’s GP takes their portion of the returns (i.e., their carried interest).

For example, a fund might opt for a “1X” carry threshold—which means that LPs must be made whole (they get back 1X their initial investment) before the GP can earn their carry, or portion of the returns. Other funds might require LPs earn back double, or 2X, their investment before the GP earns their carry.

What is a Clawback Clause?

Many funds also feature a clawback clause in the limited partnership agreement that adds a level of protection for LPs when the fund exits its positions in portfolio companies.

These clauses allow LPs to “claw back” a portion or all of the GP’s carry if certain conditions are not met (such as a company exit failing to produce expected returns). If a GP sees returns on a singular investment but LPs overall aren’t seeing their preferred rate of return, they can recover some of the carried interest the GP earned on the successful deal.

The clawback clause is triggered at the end of a fund’s term to help make up for LPs’ potential losses.

How Are Distributions Paid?

In some venture funds, investors receive distributions in the form of cash and stock in portfolio companies that they can then sell themselves. A distribution of securities is called an “in-kind distribution,” and gives the fund’s LPs the ability to hold onto the stock and sell it later (which could also carry tax advantages in some situations).

In other funds, the GP liquidates the funds holdings and returns the capital in the form of cash in accordance with the distribution waterfall structure.

How are Venture Capital Distributions Taxed?

If the distributions over the life of the fund exceed the sum of the income reported on the annual K-1s and the capital that was contributed initially, it’s typically considered a return on the original investment and taxed as capital gains after the fund closes.

What is Capital Recycling?

GPs sometimes reinvest returns into the fund if a company exits earlier in a fund’s lifecycle. This practice, known as “capital recycling” or “reinvestment” can provide more capital to the fund for future investments.

It’s important to note that capital recycling can cause cash flow issues for LPs who will be required to recognize any income from a profitable exit but will not receive any cash that could be used to pay taxes on that income. Whether the GP has the right to reinvest funds is generally addressed in the operating agreement.

Venture capital distributions are a critical topic for any investor to understand. Since few funds do things exactly the same, it’s all the more important that investors dig into the details and understand how returns will be shared in the event the fund is a success.